My first days with the Eversense CGM

Five minutes, that’s the time it takes to turn me into a cyborg. From now on an 8mm long Eversense CGM sensor is placed in my right arm and continuously measures my glucose concentration. Humans and machine merge, as Ray Kurzweil predicted in his book “The Age of Spiritual Machines”. Often his predictions did not apply, but he was right when he said that people are start to implement technology into their bodies. 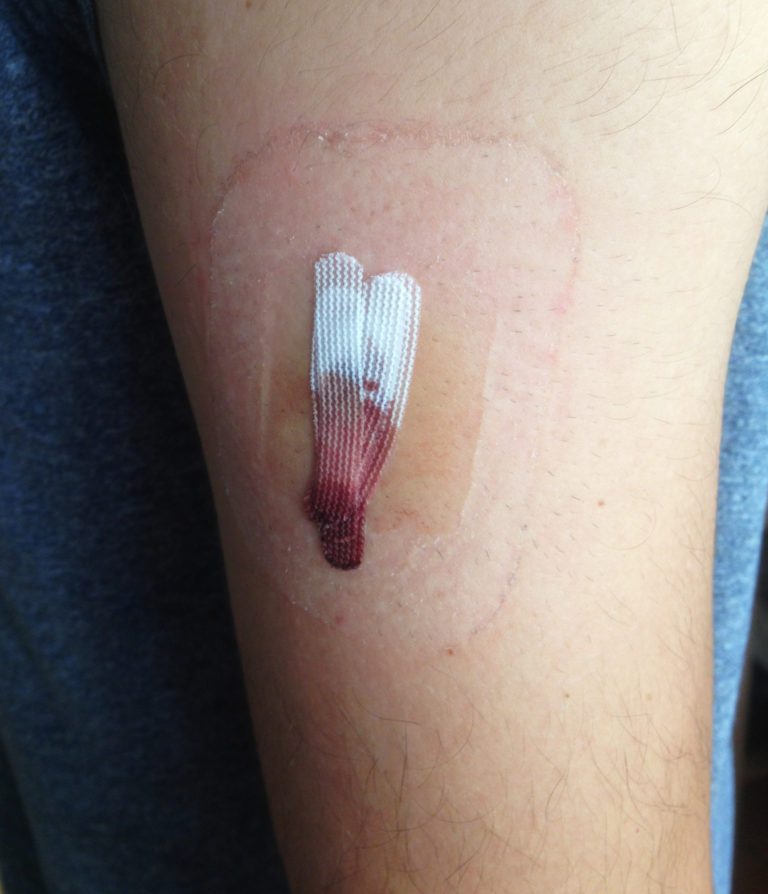 Cyborgs’ are partly called artists who expand their senses and thus possess unique abilities. The word cyborg was first used in 1960 in an essay by researchers Manfred E. Clynes and Nathan S. Kline. They wrote that man must adapt to his environment. Against the background that humans do not live on earth, but in space, the two authors proposed to transplant suitable technology into the body.¹

New diabetes management systems, insulin pumps or measuring devices such as the Eversense Sensor (CGM), the Dexcom System (CGM) or the Free Style Libre (FGM), are taking more and more control over diabetes therapy and influencing the decisions and actions of patients enormously. The machines would become smaller, more ubiquitous, more invisible and thus a deadly danger. The combination and network of writing, power and technology has always existed in the Western world. Only miniaturization has changed everything from the ground up and made the machines so powerful. ²

People with Diabetes were able to empower themselves through the technological development over the past 30 years and are able to keep more and more distance to the doctor. But now they are much more dependent on intelligent technology itself. Donna Haraway goes one step further and describes: “[…] Modern medicine is also full of cyborgs, of couplings between organism and machine, each conceived as coded devices, in an intimacy and with a power that was not generated in the history of sexuality.”

Without diabetes, technologies for monitoring blood sugar may never exist. Furthermore, the ‘Human 2.0’ would not be the fit superhero from the SiFi comic, but the disabled person who entered a new form of existence by using technical additives.³ Physical adversities would no longer be boundaries, but challenges. That would be a new human concept.

Am I a human 2.0 in a new form of existence? Even a superhero? 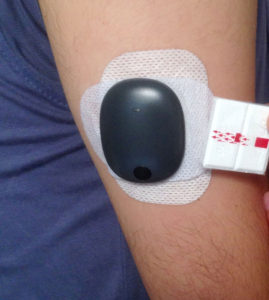 At the moment it feels much more like a kind of Tamagotchi, which has grown in me. A symbiosis – it helps me I help ‘him’. Every few hours it screams: “Calibrate”, “the light is too bright”, “my battery is almost empty”. Sometimes I already think about not supplying it with ‘juice’. But then again it warns me of strong glucose changes, hypoglycemia and hyperglycemia. So, it’s a real lifesaver or what?

– Transmitter battery lasts 30 hours
– Therefore, it must be recharged & placed every day.
–
UPDATE: Now Eversense as a follow app.
– Long warm-up period (1 day), but is okay compared to the 90-day wear period
– The sensor cannot be used by itself
– No appealing user interface
– The permanent Bluetooth connection puts a strain on the smartphone battery.

The system is being developed rapidly. I suppose some of the cons can be fixed with software updates.

+ Good skin compatibility
+ CGM data for three months without sensor change
+ Waterproof
+ iOS / Android Version & Apple Watch Integration
+ Alarms for Hypos and Hypers
+ Alarm due to vibration at the transmitter directly on the arm (also without smartphone)
+ The size of the transmitter hasn’t bothered me yet.
+ The procedure was harmless.
+ the freedom to remove the patch / transmitter at any time

Screenshots of the iOS App

Find out what’s in your food

I developed a prototype for blind people with diab

I scrolled through my pictures and was surprised h

With this nice tool I have my blood glucose always

I'm working on an app for and with the diabetes co

When I run out of insulin, I get nervous, even tho

What is your top priority and how do you choose di

Last week my android phone got wet so I wasn't abl

My android phone that I used for my closed loop di

What is your favorite diabetes life hack? #diabe

The Dark Side of Diabetes Technology - #maytheloop